The Minotaur of Mars

Apollonius au Valii-Rath, aka The Minotaur of Mars, is a character in the Iron Gold series and one of Tactus au Rath's older brothers.

Being of house Rath, Apollonius is of Middle-Eastern descent. He became one of the Jackal's Boneriders along with his younger brother Tharsus.

Prior to the Rising, he was a long time drinking partner of Karnus au Bellona.

After the Fall of Octavia and The Jackal, the two remaining Rath brothers fled to Venus and teamed up with the Ash Lord. Four years later, Apollonius led an attack on the Luna Citadel under command of the Ash Lord to kill The Reaper and his family, but quickly after he and his team lands, the Ash Lord reveals that it was just a trick to be rid of Apollonius. Despite this, Apollonius leads the attack anyway, and almost succeeds, and is only defeated by Darrow.

Darrow claims that Apollonius' face looming out of the darkness with Howler blood on his face still haunts him at night.

Apollonius was imprisoned in Deepgrave after being captured by Darrow during the time after Morning Star and sentenced to life in prison in lieu of the death penalty.

Though he does not physically appear, it is mentioned that Fitchner au Barca defeated him in a duel for the office of Rage Knight.

Though he does not physically appear in Morning Star, it is mentioned that he was one of the first Golds to fire on Lilath au Faran's ship during the Jackal's nuclear bombing of Luna.

Apollonius is mentioned to have participated in the Battle of Luna, and at one point faced Darrow in combat on Earth at Khardung La, a mountain pass in India.

Six years before the start of the novel, Apollonius was given a mission by the Ash Lord to infiltrate the Citadel on Luna and assassinate Darrow's family along with a hundred of his best troops and nine hundred Golds of House Carthii. En route, he discovered that he and his men were alone, having been sent on a suicide mission so that the Ash Lord could be rid of him. Deciding to go out in a blaze of glory, Apollonius pushed on with the mission, managing to kill one Howler before being captured and sentenced to life imprisonment in Deepgrave.

On Mercury, Apollonius offers help to Lysander in the desert after following him. Lysander refuses, not wanting to be indebted to him.

In the final chapter of the novel, Apollonius meets with Lysander on Mercury for a secret meeting. Lysander offers him an alliance. Apollonius accepts, seeking the lives of Darrow, Atlas, Atalantia, and Ajax. 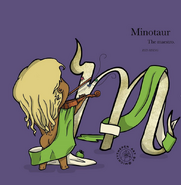 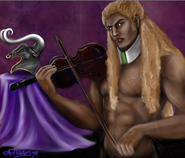 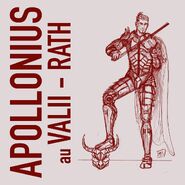 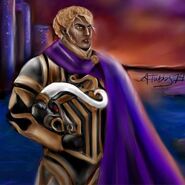 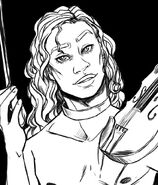 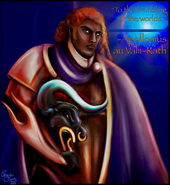 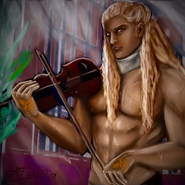