Dictator of the Society

All members of the Society Remnant

Darrow, the Republic
Atalantia au Grimmus is the Dictator of the Society Remnant. Atalantia is one of the Furies and is the only remaining Grimmus sister alive in Iron Gold. She is noted to be the cruelest amongst the Furies and displays sadistic tendencies, reveling in the prospect of torturing Darrow.

There's a drink named after her alias, Venusian Fury, which according to Ephraim ti Horn, tastes like licorice and salt and causes an odd side effect of the swelling of the groin.

Atalantia is considered the "strategist" among the Furies, and runs her father's fleet when he becomes incapacitated.

Lysander notes, "Atalantia has a savage brain and immensely contagious charisma. She is hindered by neither guilt nor doubt. She knows no half measures. She is a social strategist, a herpetologist, a sculptor, a laughing, masterful woman in love with the sound of her own voice, and convinced that beauty is the pinnacle of existence-in any form."

She is also mentioned by Mustang to possess erotophonophilia, the derision of sexual pleasure from executions.

Atlas au Raa reveals that she is in a sexual relationship with her nephew Ajax, having groomed him for it in his parents' absence.

Atalantia is mostly absent in the original trilogy, but is featured in Iron Gold, where she is the last remaining Fury. She is revealed to have been acting as the Ash Lord for the three years prior to Iron Gold because he is completely debilitated as a result of a scheme by the Rath brothers.

She features as the main antagonist of Dark Age, leading the Society Remnant against the Republic from her flagship the Annihilo.

Ajax and Atalantia are sleeping together.

One of her legs was cut off by Kavax au Telemanus.[1]

Atalantia and Lysander discuss how this will end, as it was she who sent Ajax's men to assassinate him. She plans on becoming the Sovereign, and plans to kill Lysander for it. However, Lysander surprises her with an offer of an alliance in marriage. She accepts. As the celebrations go on through the night, Atalantia and Lysander have sex in her meditation chamber in the Annihilo. 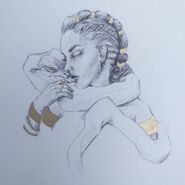 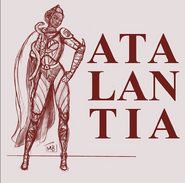 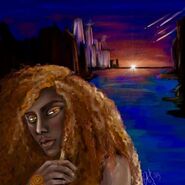 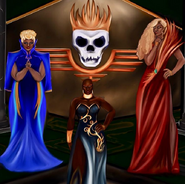 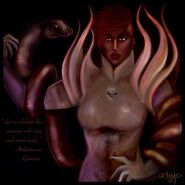 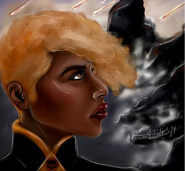