She is nine at the beginning of Iron Gold, and has begun training with the razor.

She has the personality of basically the combination of both her parents, one who loves to fight, and is not afraid.

She's described as thin, with heavy-lidded, dusky eyes, and a narrow face.[1]

She and Pax are kidnapped by Ephraim ti Horn, who was hired by the Syndicate.

Ephraim and Volga argue about the turn of events, and the argument becomes heated to the point Volga leaves when Ephraim dismisses her as just a weapon for him. Once it's time for his and Volga's flight to Earth has come, he arrives early, but Volga doesn't show up. Instead, Holiday is there on the ship, along with Lyria. At first, he doesn't say anything about who he gave Pax and Electra to, but when they mention Trigg, Ephraim finally relents and tells them the Duke of Hands has them, and he was bringing them to the Queen. They tell him that Victra is on a rampage, but he's not bothered by that. However, when they show him they have Volga imprisoned, he agrees to track down the children and bring them back in exchange for Volga's pardon, which he demands of Mustang via datapad. She begrudgingly agrees, but gives him threat of violent death if he tries to escape or defects to the Syndicate.

The day of the meeting, Ephraim is forced to wear a distortion hood to prevent him from knowing where and how far Gorgo takes him to meet the Duke of Hands. Once there, it takes a while for him to find a way to get the Duke alone, and once he does, he contacts Holiday to found out when they can get to him. Unfortunately, he finds out he's in Endymion, a city that's about two hours away from help. He knows he's in trouble, but goes on with finding the children, who are locked in a cage in a vault loaded with valuables, including razors. He frees the children from the cage, Electra already arming herself with a razor as Pax introduces himself. The Duke's men are waiting for them as they leave the vault, but they are able to make it to the Duke's ship. Before they're able to get on it, Gorgo shoots at Ephraim through the Duke, injuring him, but he and the children are still able to take off.

They contact Mustang while on their way. Ephraim demands she release Volga before he releases the children, but he's too badly injured to prevent Pax and Electra from taking over, and they demand he take them to the Citadel. Twenty minutes from having Republic escort rendezvous with them, the Syndicate Queen takes control of the ship and attempts to turn it back around. However, Ephraim uses the grenades kept in a locker to bomb the engine in the back of the ship. The ship goes down with them in the cockpit.

After she is kidnapped and given to the Syndicate, she helps Ephraim ti Horn rescue her and Pax from the Duke of Hands. She first almost kills Ephraim, then relents and assists him in fighting their way out. Electra is described as a "little psycho".

Her nickname is "Hatchetface", given by Ephraim. 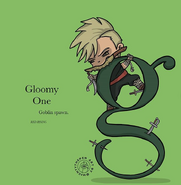 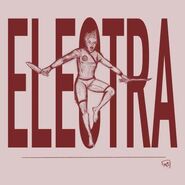 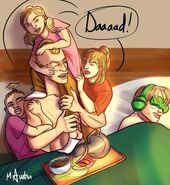 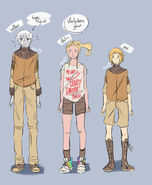 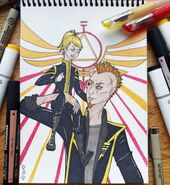