"They call her Six, meaning she's always got your back." - Dark Age

Holiday ti Nakamura was a legionnaire in Legio XIII Dracones, along with her younger brother Trigg. She is a member of the Sons of Ares.

Holiday has one bionic eye. She had her legs replaced from the femur down after a nasty incident with a gold in close quarters.

Being one of the most famed grays in the solar system. She is extremely skilled having taken down a gold in close quarters. She possesses a bionic eye and both of her legs being bionic.

Working Undercover for the Sons of Ares

Helped Darrow escape imprisonment by The Jackal as well as his torturous schemes. Her brother was killed by Aja au Grimmus as they attempt to escape with Darrow to Tinos, the Sons' base.

Upon Darrow's recovery and resumption of command, she took her place as his deputy.

She participated in the mission to locate and rally the Obsidian tribes to Darrow's cause.

She also participated with her own squad of commandos to board and take Roque's flagship under the command of Darrow during the Battle of Ilium and one of the only members of his boarding party to question the bombings on Ganymede.

Following the events of Morning Star Holiday joins the Iron Rain on Mercury and has joined the Howlers back to Luna.

She refuses to join Darrow's proposition for a black ops mission to kill the Ash Lord on Venus but promised to keep watch of his family while he's gone. After the kidnapping of Pax and Electra, Holiday finds Lyria after her claim of knowing where the kids are but while taking her to the citadel until her ship is intercepted by Victra who tried to take Lyria for her own investigation of the kidnapping but was halted by House Augustus and Telemanus. 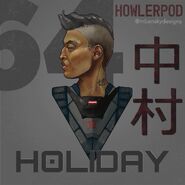 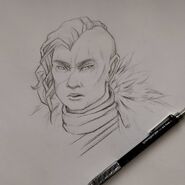 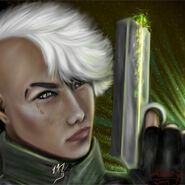 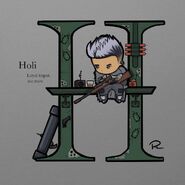