Atalantia au Grimmus
Orion xe Aquarii is a Blue. She was born a docker, and managed to rise through the ranks. She eventually ended up as the pilot of the prized ship of the Lunar armada (The Vanguard later named the Pax)

She was believed to be born male, but according to her she surprised her Sect, hence why her name is considered more suited for a male. She was eventually kicked out of the Sect for poor control of emotions. She worked on the Docks of Phobos and despite never attending the Observatory or the Midnight School, she ended up on The Vanguard, Magnus au Grimmus' flagship. It was the highest position she could get, until Darrow gave her command of the Pax.

Orion is unlike many other Blues, and even other lowColors, is outspoken, bold, and very casual around her superiors and higher colors. She is very confident about her abilities as a leader and a pilot, and has a bold, materialistic nature, operating as a pirate and lining her room with valuables.

Like most Blues, her head is bald and covered with digiTats, however, not only do they run down her neck, but also her arms and hands as well, pulsing when she interfaces with electronics. She is said to have an olive complexion and a stout appearance. Many equations and formulae are etched onto her skin.

She becomes the captain of the Pax and gets it away from the pursuit of Lunar ships. She participates in the Civil War between the Sovereign and House Augustus. After Roque au Fabii betrays Darrow, Orion and the rest of the fleet that are loyal to Reaper, manage to escape the Triumph with the help of Virginia au Augustus. Virginia instructs Orion to cause chaos in the Asteroid Belt, which she does, leading the fleet herself, becoming a pirate.

Kavax is the one who informs Darrow that Orion and the fleet are alive and safe, because Virginia helped them. After bringing the Obsidans from the poles of Mars, Virginia gives Darrow coordinates for contacting Orion, as she herself didn't know exactly where they were. Orion becomes a Preaetor of the Rising. During the Battle of Ilium, she piloted the dreadnought Persephone's Howl.

In the beginning of the novel, Orion was being held captive, and presumably tortured, by Atalantia au Grimmus's fleet. Darrow and his crew rescue her soon after they arrive at Mercury, where Atalantia's forces are. While flying over the Waste of Ladon, Darrow reminisces with Orion and debates politics with her while gauging her fitness to return to duty. Darrow and Orion supervise as Harnassus and Glirastes reactivate the last remaining Storm God, to use against Atalantia and the forces of the Society Remnant, in what he calls Operation Tartarus. He puts Orion in charge of operating the Storm God, and makes her promise not to raise it above primary horizon to limit civilian casualties. As an insurance policy, he has Glirastes build a master switch into the sync hardware. Orion activates the Storm God to create sandstorms on land and ocean storms in the sea. She breaks her promise to Darrow to not raise them over primary horizon, and summons storms and tidal waves powerful enough to drown the entire city of Tyche. To his dismay, Darrow uses his master switch to sever Orion's sync to the machine, killing her. 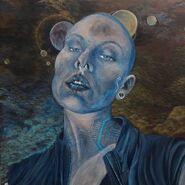 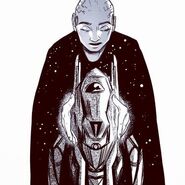 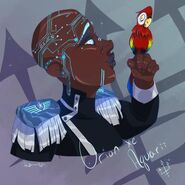 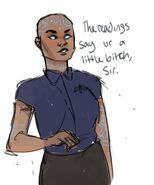 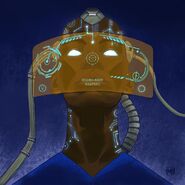 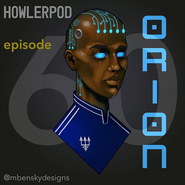 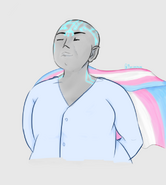 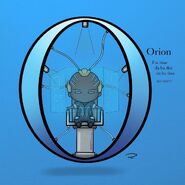