The Shield of Tinos

Ragnar Volarus is a Stained, the class of the strongest and deadliest of the Obsidians. He is the son of Alia Snowsparrow, the Queen of the Valkyrie and the leader of the Obsidians, and brother of Sefi the Quiet. He had been a slave to the Golds for more than 25 years, during which his sister Sefi had vowed to remain silent, thus earning her nickname.

Being one of the largest characters in the Red Rising universe, Ragnar Volarus is likely to be anywhere from 8'6" (260cm) to a little over 9' (275cm) tall in height and weighing 551lbs (250kgs). He is bald except for having a white meter long shock of hair that goes to his mid-back. His face is covered in tattoos and calluses. He has a skull tattoo on his right hand to symbolize him being blood brothers with Darrow and Sevro whom he gave the same tattoo. He wears a suit of bone-white pulse armor with a red sling blade painted on it.

When Darrow first meets him, he is much like any other Obsidian, unswervingly loyal to the "Gods", and thinking of himself not as a free man, but as a slave to their will. After Darrow frees him and explains his own upbringing as a Red, Ragnar follows Darrow with fierce loyalty, and a newfound desire to free his people from their thrall. He is stoic and wise, aiding Darrow and their other friends through helpful advice and kind acts.

Ragnar Volarus is a stained known for his exceptional size and strength, easily outclassing even the best peerless with minimal effort. he served as the ash lord's personal gladiator for more than 20 years earning him quite a reputation. He is able to tell the color of a person based on their breath.

Ragnar is very agile and stealthy, able to kill entire groups of enemies within mere moments. He was able to sneak up on Darrow without detection, and can easily avoid detection in even the worst of situations.

He is incredibly skilled in a multitude of different weapons, as within mere minutes of picking up a razor he was able to kill multiple peerless scarred including an Olympic knight and nearly killed a second. While he is very dangerous, he relies mostly on his incredible size and strength, allowing him to easily overwhelm most opponents of smaller stature.

Ragnar when first introduced used white ion blades that extended three feet from his hands and were built into his armor.

Ragnar later went on to use a pair of razors of unknown design.

He was born to Alia Snowsparrow, Queen of the Valkyrie and leader of the Obsidians. To display her loyalty to the Gold rulers, his mother gave away all but one of her children to them as slaves, keeping only her daughter, Sefi the Quiet. Ragnar spent much of his life a slave to the Ash Lord, fighting against beasts and those of his own kind in gladiatorial combat, simply to amuse Golds.

He was freed by Darrow in Golden Son. Darrow explained to Ragnar that he was a Red. He explained how he was carved into a Gold; this caused Ragnar to declare loyalty to Darrow and his cause. During the Lion's Rain, Ragnar led a group of Obsidians, including both Wulfgar and Valdir, at the command of Darrow.

Ragnar aids in the rescue of Darrow from the hands of the Jackel. according to Narol, Ragnar is the only reason that Darrow survived the escape. Ragnar aided Darrow in capturing Kavax au Telemanus and Quicksilver. He led Darrow, Mustang, and Holiday ti Nakamura on an expedition to his clan's home at the polar regions of Mars in an attempt to rescue his clanpeople from slavery to the Golds, but was fatally wounded by Aja au Grimmus during a fight before being able to do so. He managed to meet Sefi one final time before his death. 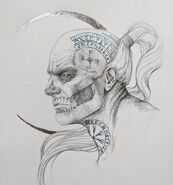 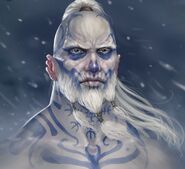 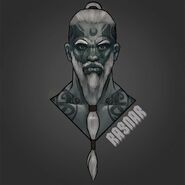 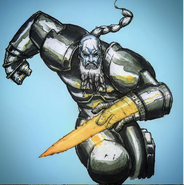 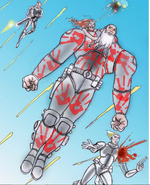 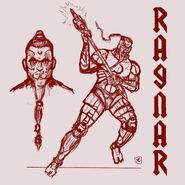 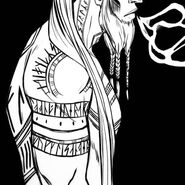 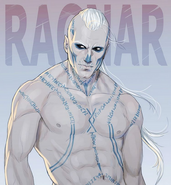 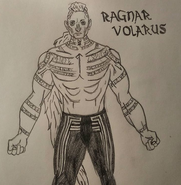 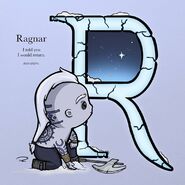 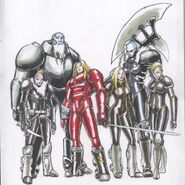 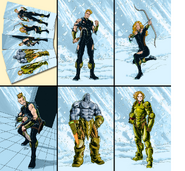