Lysander au Lune
Rhonna is a lowRed from the Mars mining colony of Lykos. She is the eldest daughter of Kieran and niece of Darrow. In Iron Gold, she works alongside her father as a Howler.

Described as having a buzzed haircut and a flat nose, Rhonna is an ambitious lancer to Darrow.

Rhonna is introduced in the Darrow chapters of Iron Gold. She is immediately described as ambitious, "eager to prove herself" equal to Darrow's archLancer, Alexandar. [2]

At 16, she enrolled in Legion training, to her father's disappointment. She fought on Mercury, which Darrow used as an excuse to bring her on to his personal staff. She did not like this, as she was proving herself on her own merit in the legion, with implants that let her use mechs.[3] 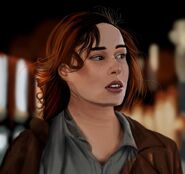 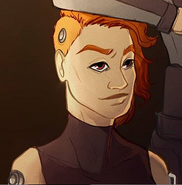 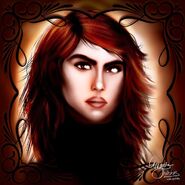