The Sons of Ares is an underground resistance group fighting against The Society and its Gold rulers, with the ultimate objective of destroying the system and hierarchy of The Society.

The Sons of Ares was presumably founded by Fitchner au Barca around 722 P.C.E., some time after his Red wife, Bryn, was killed. Outraged by the ways of The Society, Fitchner gathered some like-minded people dissatisfied with the government to form the secret society. The Sons receive significant material sponsoring from Quicksilver, a Silver businessman and ally of Fitchner.

It is unknown what happened to the group before Darrow's initiation, but it is presumed that it carried out rebellious activities that led to persecution from The Society, after which it goes underground, with split factions for highColors and lowColors operating independently.

Dancer explains to Darrow why they're called the Sons of Ares. "To the Romans, Mars was the god of war⁠—a god of military glory, defense of the hearth and home. Honorable and all. But Mars is a fraud. He is a romanticized version of the Greek god Ares. Ares was a bastard, an evil patron of rage, violence, bloodlust, and massacre."[1] By naming themselves after Ares, they're pointing to the truth of things within the Society.

Darrow, after his execution and presumed death in 736 P.C.E., joins the group and partakes its mission for him to infiltrate the Golds and bring down the society from within. He receives help from similar like-minded craftsmen (Mickey), historians (Matteo) and other group members. As a result of the group's devotion to separation and secrecy, he does not know of Titus' existence until the latter hints at him before being executed.

With seemingly little progress on the infiltrating members, the group becomes more desperate for action. A radical faction of the Red group, led by Harmony, starts to initiate bombing activities, assassinations and other acts of terrorism. Darrow, sent by Harmony to set off a bomb in a dining hall during a dinner event, initially agrees to follow the plan, but aborts it upon realizing that initiating a house war between the ruling Golds would be more effective in causing chaos. As a result, he loses favor from Harmony's faction.

Enraged by Darrow's publicized downfall during his Triumph, more social dissidents start to support the resistance against The Society.

The Sons of Ares have committed crimes such as Sabotage and Hacking. 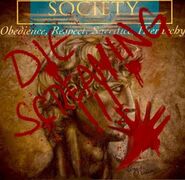 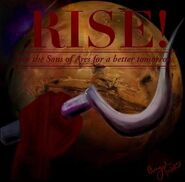 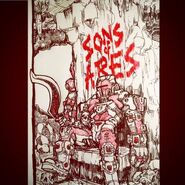